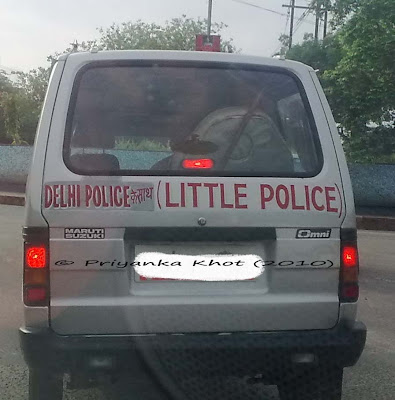 I have no explanation for this photograph. Something I know nothing about. It caught my eye because I have never before heard or seen about the 'Little Police' branch of 'Delhi Police'. Let me know if you know something I don't know.

Traffic Signal with a Difference 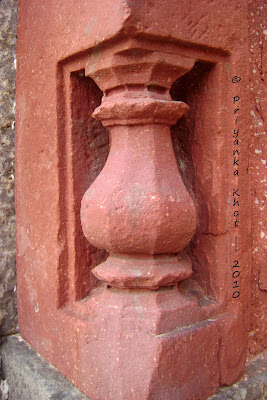 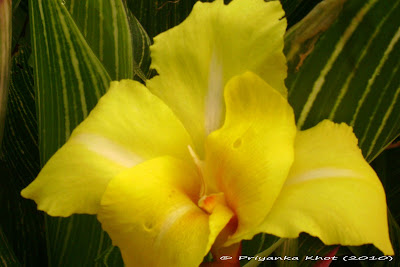 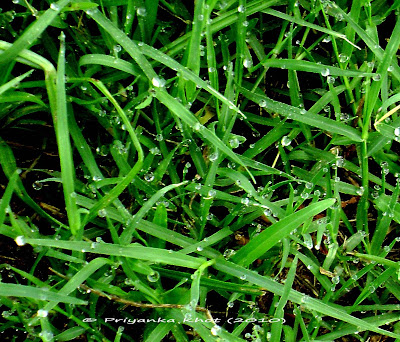 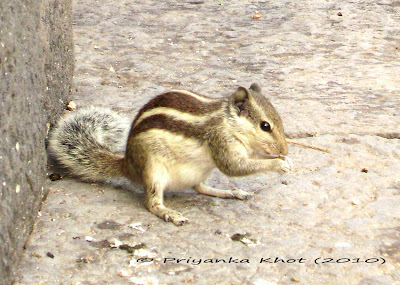 This squirrel, which I spotted at the Lodi Garden, was a professional model and did not let a photographer's enthusiasm disrupt its eating ritual. In fact it remained in the perfect pose for enough time for me to click it.

This is the first time that I managed to click a close-up of an animal other than that of my pet dog--Ross. I hope you all like it.
Posted by Priyanka Khot at 10:29 PM 6 comments:

I went to see a Bengali play yesterday. Though, I don't understand the language, this one had me crying like a baby. A very sad story dealing with the serious issue of child molestation by a family member, the actors were able to convey the emotions to even the significant non-Bengali viewers, who had come to see the play. 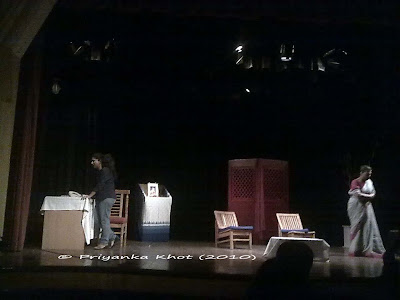 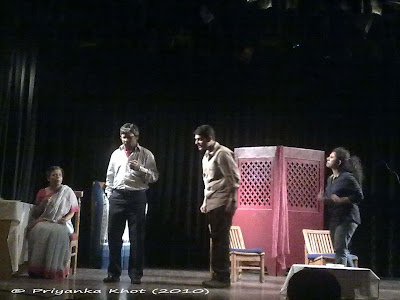 Just a four-character play, the acting of the girl, my namesake Priyanka, had me reaching for the tissues. The lady who played her mother was exceptional. The exchanges between these two was heart wrenching. I was so engrossed in the play that in the end when all of us went to the stage to congratulate the actors, I could not muster up the courage to talk to the man who played the role of the Mama, maternal uncle who rapes his sister and her daughter as well. My friend, Kaushik, essayed the role of the girl's boyfriend. He helps her confront her uncle and deal with the trauma. He was very convincing as a person who could be trusted in a situation like this. Exceptional performances by the four will be remembered by the viewers who came to the show for a long time to come.

I really wish more of my friends had come to see the play. 30 DIN was brilliant to say the least.
Posted by Priyanka Khot at 6:36 PM 6 comments:

The Sun decided to play hide-n-seek with me this morning and throw some starry tantrums, when I went for a photowalk at Lodi Garden. But I did manage to catch a glimpse of the star. 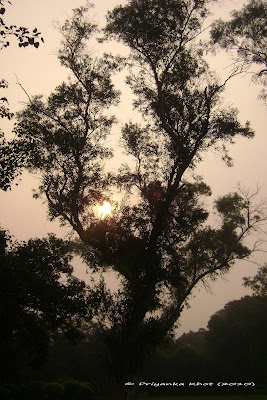 And like a true super-star, the Sun managed to create a few ripples as well. Every block of stone has a statue inside it and it is the task of the sculptor to discover it.

Words of the great Michelangelo. It seems that the Delhi government agrees. With just 70 odd days left for the city to host the XIX Commonwealth Games 2010, the process of beautifying Delhi is on full swing. I spotted this statue on the Baba Kharak Singh Marg, facing the several state emporiums in Connaught Place. Thumbs-up for the government's aesthetics, at least in this case. 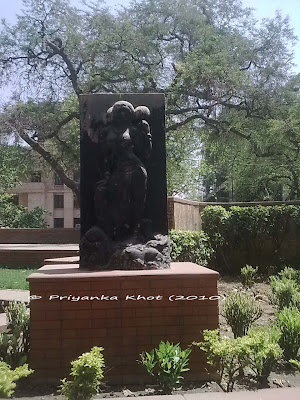 A rainy day like today calls for some salty pan-cakes made of gram flour. We call them 'chilla' in Hindi and 'dhirdey' in Marathi. A batter of gram flour or besan is readied. We add salt and red chili powder to taste to some gram flour. Add chopped onions and green chillies. Add one table spoon of oil and then add some water to make the consistency liquid enough to be spread like a pan-cake or dosa. 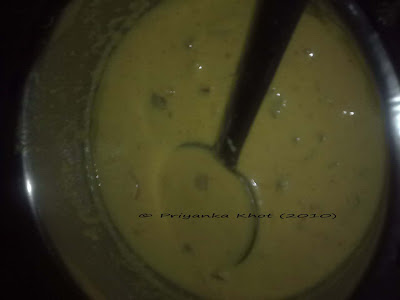 We then proceed to spread the batter on a flat pan called tawa in Hindi. We use a little oil to fry the chilla. 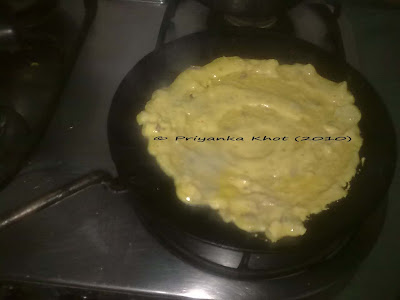 It is then flipped to cook the other side. 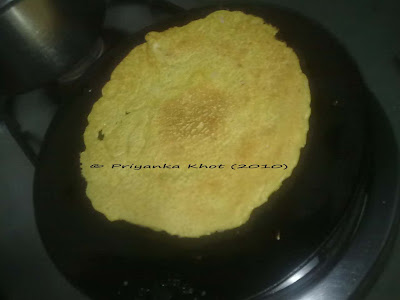 Finally, serve it with some amazingly delicious aam ka achaar or mango pickle. 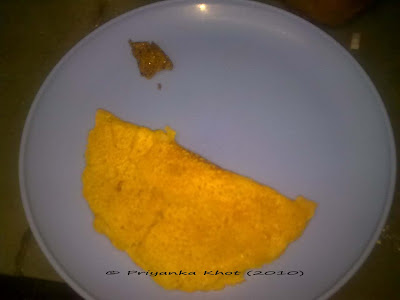 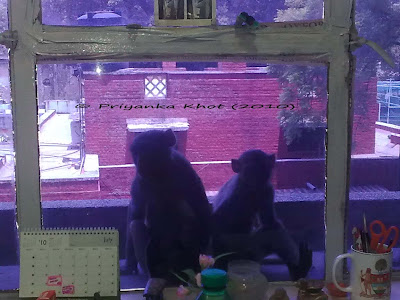 We had some very important visitors at office on Friday. They stayed for a while, looked around curiously and when realised that we do not deal in bananas but make books, were disappointed and decided to leave. Rumour has it, that they threatened the senior management to keep a ready stock of bananas the next time they came knocking!

Who said work is boring!
Posted by Priyanka Khot at 9:05 PM 3 comments: 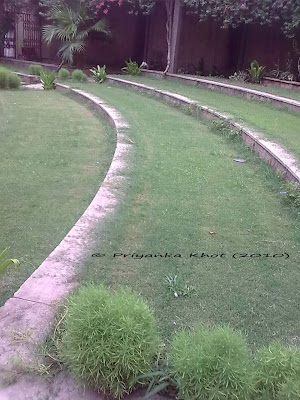 This is the garden theatre at Triveni Kala Sangam. This is an ideal place to sit with friends and talk for hours. I like the green grass, the sandstone-chip covered steps and the over all ambiance of the place.
Posted by Priyanka Khot at 8:45 PM 2 comments: 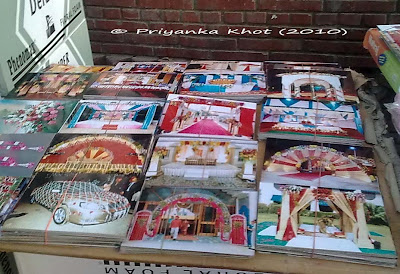 An interesting display of photographs that I spotted in the Phool Mandi or Flower Market in Connaught Place. The shopkeeper was selling stacks of 100 photographs for merely INR 50. On a closer look I found out that he was selling ideas for floral arrangements which can be used for parties, weddings etc.
Posted by Priyanka Khot at 11:30 PM 3 comments:

Something Red and Unusual 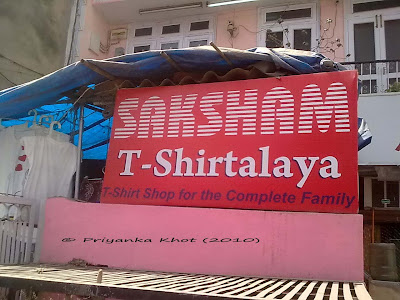 This is a board of a street-side shop at Lajpat Nagar. I clicked this photo because I found the word play in 'T-shirtalaya' interesting. 'Alaya' in Sanskrit means abode like the Himalayas mean the abode of snow. Here the shopkeeper showed immense creativity, in my opinion, in naming his shop T-shirtalaya.
Posted by Priyanka Khot at 9:15 PM 5 comments:

The new face of Connaught Place 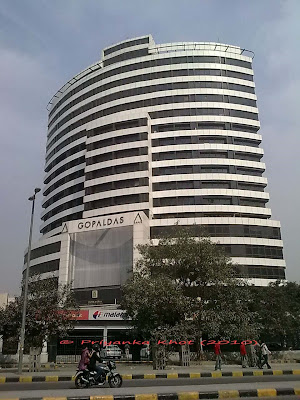 One more view of Krishi Bhawan 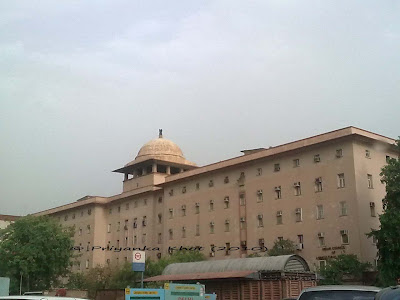 Thought of giving you a better view of Krishi Bhawan, where the Agriculture Ministry of India sits. To see the previous posts featuring Krishi Bhawan click here.
Posted by Priyanka Khot at 11:11 PM No comments: 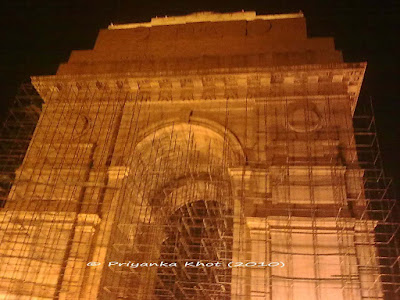 A Delhiite knows something big is round the corner, when we see India Gate being cleaned. This huge mesh of iron rods has been created to clean the nook and crevices of the monument that rests in the centre of Delhi to ready is before the XIX Commonwealth Games. I had visited the India Gate lawns yesterday with my family to enjoy the Monsoon showers . I was not the only one, it seemed the whole city had decided to go to India Gate, walk in the rain and have ice-cream. It was an evening spent well. :-)
Posted by Priyanka Khot at 7:48 AM 6 comments:

Captured the first puddle after the first rains of this year's Monsoon for posterity. 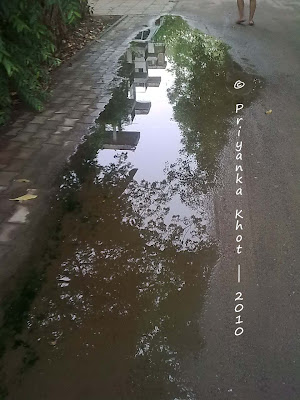 Just could not restrain myself and went for another reflection shot, with ripples this time. 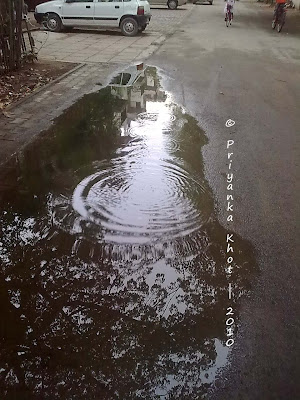 Happy Monsoon!
Posted by Priyanka Khot at 11:03 AM 3 comments: 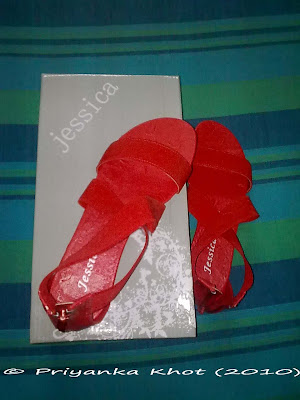 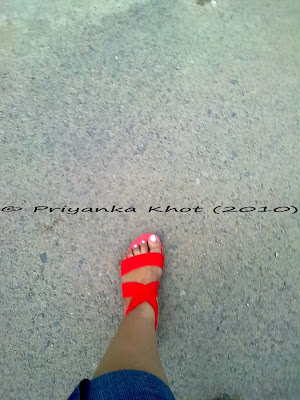 July Theme Day: Reflections: Where do you go? 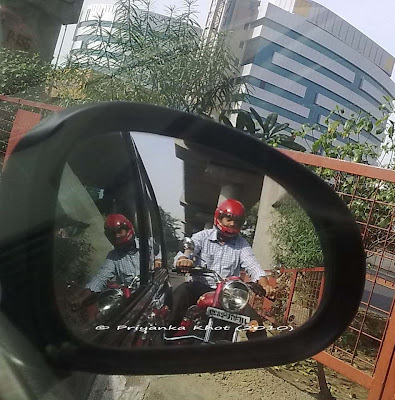 My favourite pass time while stuck in traffic jams is to think what the person, whose reflection I am seeing in my rear-view mirror is thinking and where is he/she headed for. Keeping today's theme in mind, I present two reflections of the biker I had photographed during a recent traffic jam. The song that came to my mind while looking at this man had been, "Where do you go?"

Happy July everyone. With half the year gone, I guess it is time to reflect on the months that have passed. I'd say 'life has been good' in its many blessings. Please share your take of the last 6 months with me. I am all ears and smiles :-)

Click here to view thumbnails for all participants
Posted by Priyanka Khot at 8:18 AM 6 comments: