Delhi after rains invites me to take my camera out for a walk. Last evening I decided to not go too far as something interesting caught my eye nearby. I decided to explore the foot over-bridge near Ram Manohar Lohia Hospital. The bridge was built as a part of the preparations for the Commonwealth Games held last year. 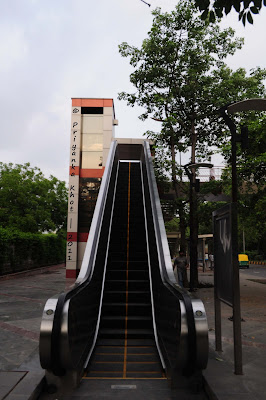 The unit is swanky and the escalators installed are the main attraction. I was disappointed to find that the escalators are shut down on Sundays because of a low number of footfall. So I climbed the stairs. 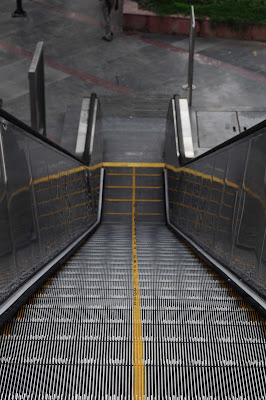 Once I reached the bridge, I found these lamps fascinating. They reminded me of the Chinese hat that Po wore in Kung Fu Panda 2. 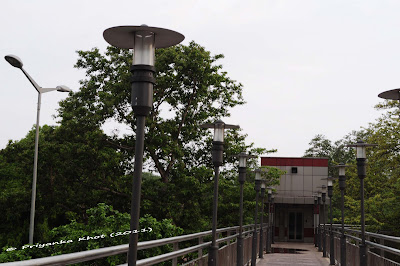 The bridge not only has escalators and regular steps but also elevators for the physically challenged. Not one to waste an opportunity of clicking a photograph of myself, I took this photograph on the shiny, rain-washed surface of the elevator (which was also shut down on the account of it being Sunday). 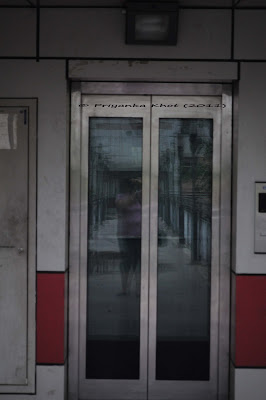 It was a sight to see lush green trees lining the roads while a slow but steady movement of cars kept the roads company. 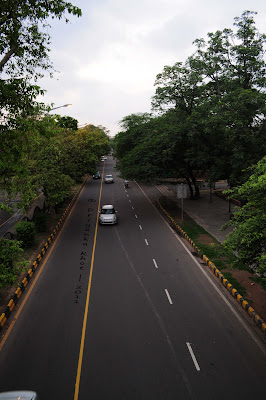 I decided to pack my camera and go home for a cup of tea as the sun set behind the greenery of my beautiful Delhi! 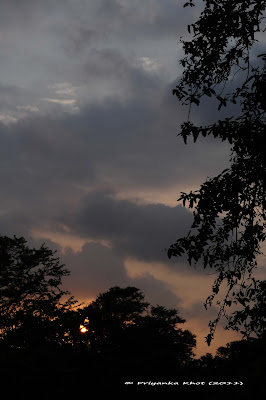 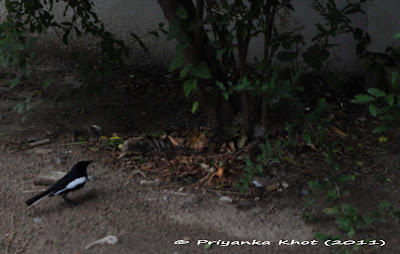 Spotted this beautiful black and white bird near my house recently. Wish I had a better lens to capture this beauty.
Posted by Priyanka Khot at 8:43 PM 4 comments: 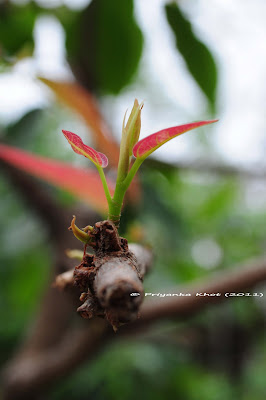 New leaves on an old branch inspire me to look for new beginnings everywhere!
Posted by Priyanka Khot at 7:32 AM 1 comment: 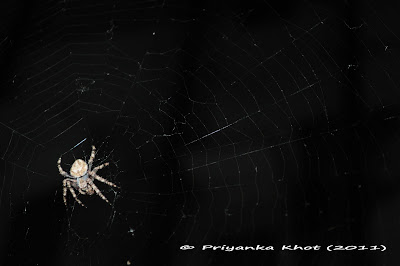 This spider has been at work for almost a day now and from the looks of it, it is not done yet. The cobweb is still under construction.

Hope all of us have this spider's tenacity to complete what we have started i.e., the year 2011 in style! Happy mid-year to all of you!

Have a very special June!

Click here to view thumbnails for all participants
Posted by Priyanka Khot at 7:02 AM 9 comments: