There can be no bigger honour for a blogger, who claims to love Delhi as much as I do, than to have a video of Gulzar sa'ab reading out his poem on Delhi on the blog.

Here, he talks of a Delhi where he grew up. It is very close to the Delhi where I spent my childhood as well.


A college romance compared to the cosmic phenomena of the Total Solar Eclipse, no other poet can achieve this.


With age, comes maturity of thought and we begin to question. Here, Gulzar sa'ab asks, 'Have You Seen the Soul?'

Pavan K. Varma has beautifully translated the above lines in English.

The story of this wonderful evening began around 15 days ago, when a friend--Bhaskar Bhatt, send these invites. 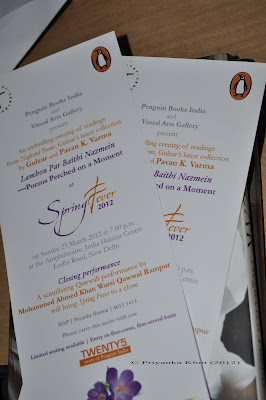 For someone who has been in love Gulzar's words ever since she can remember, I was on cloud nine and could not stop smiling at the mere thought of hearing the master recite his own work at one of my favourite places--India Habitat Centre. 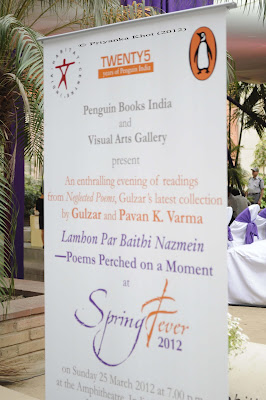 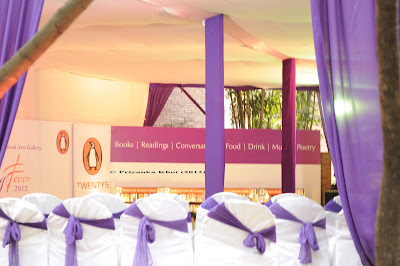 The stage was set, and like me, several others had reached the venue way before time. 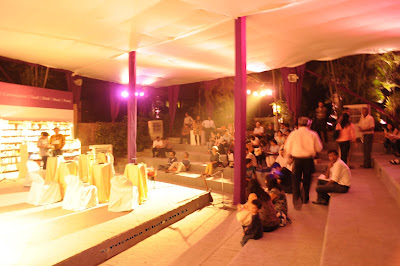 As usual, he was dressed in a sparkling white kurta pyjama and his footwear (a pair of Pujabi jootis) caught everybody's eye and fancy. 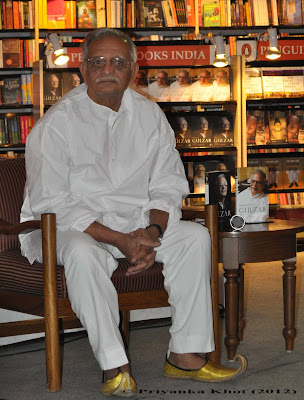 The programme of the evening was the promotion of the book of English translations of some of his poems by noted author Pavan K. Varma. The two presented an entertaining jugalbandi full of anecdotes of their friendship and read some of his most celebrated and favourite poems from the collection titled Neglected Poems.

I came home a rich woman with the copy of the book and his signature on the front page of the book was a bonus. 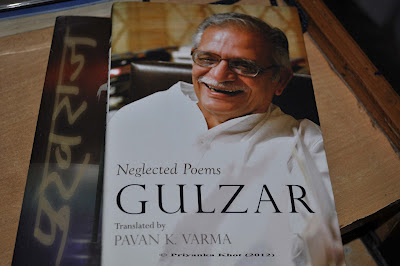 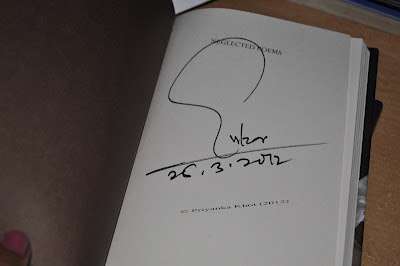 However, my most prized possession is his signature on my most favourite Triveni from the book Pukhraj. 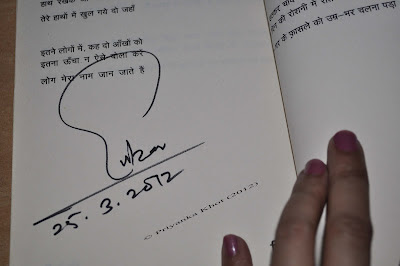 I went to India Habitat Centre after a very long time, today. 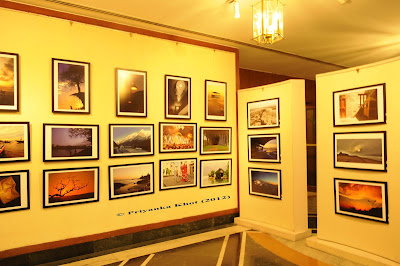 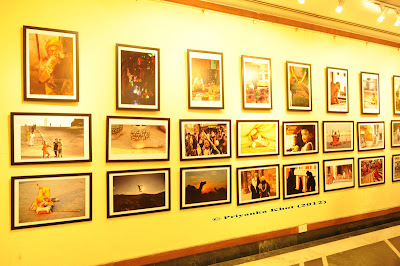 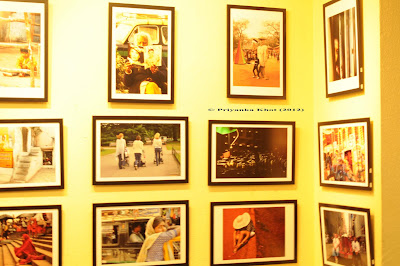 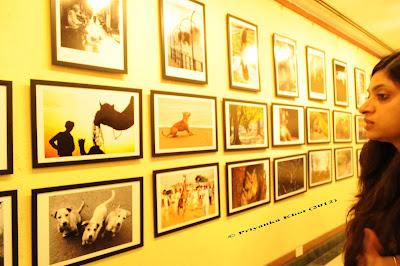 Today is Delhi Photo Diary's 4th birthday. In these four years I have see a lot of faces and facets of Delhi and have fallen in love with the city several times over.

With winter deciding to stay in the capital for a little longer, Delhi is blooming with beautiful colours and I thought that a spread of spectacular colours is the best way to celebrate four years of the blog!

Hope you like all the colours and wishing many more years of falling in love with Delhi :-) 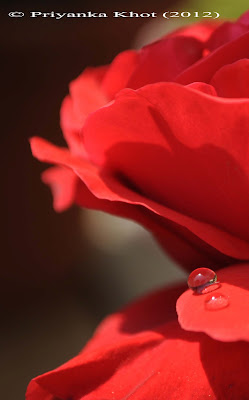 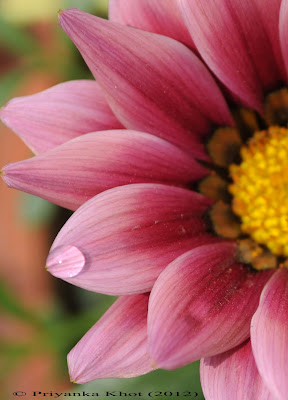 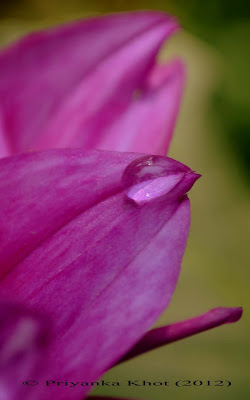 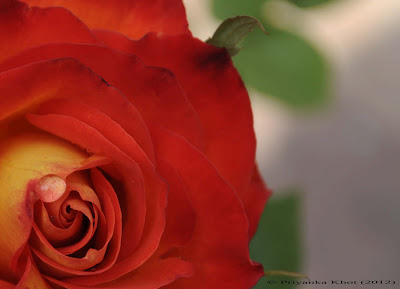 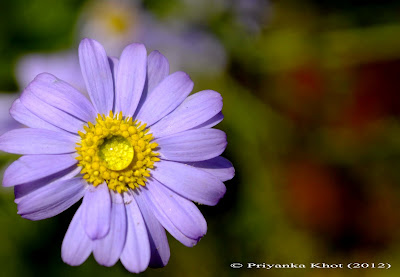 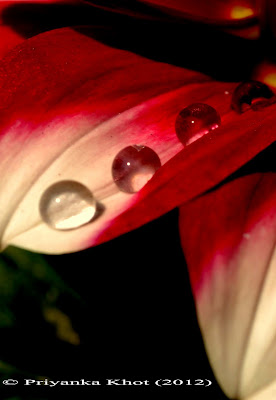 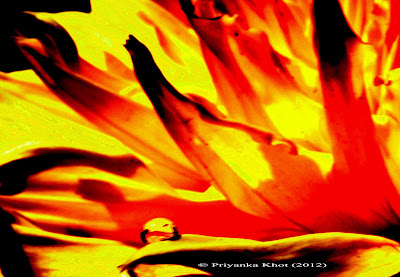 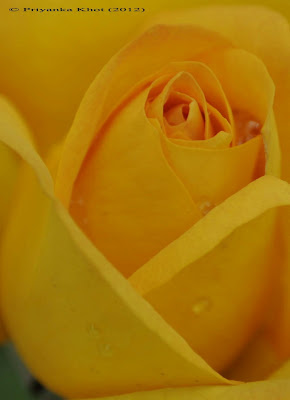 These are not drops of water but tears of joy that I have shed over the last four years.
Posted by Priyanka Khot at 8:18 PM 7 comments: